Super Bowl MVP Tom Brady got to hoist the Vince Lombardi Trophy overhead for an unprecedented seventh time after he led his Tampa Bay Buccaneers to an impressive 31-9 win over the defending champion Kansas City Chiefs on Sunday night. It was the quarterback’s 10th Super Bowl appearance in 21 NFL seasons. 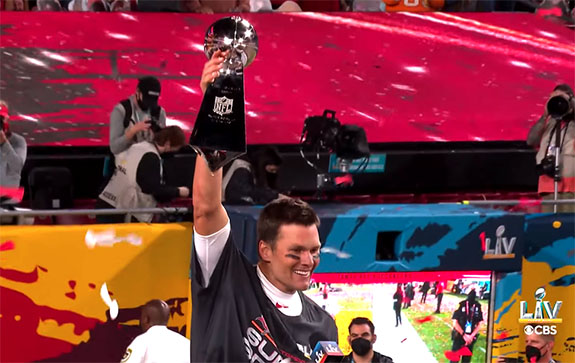 The Super Bowl is traditionally the most-watched television show of the year, boasting more than 100 million viewers. During a spirited and emotional post-game awards ceremony, the trophy was passed from the owners to the players. Even Brady’s adorable 8-year-old daughter, Vivian, got into the act, at first, assisted by her dad, and then alone as she snuggled it like a teddy bear. 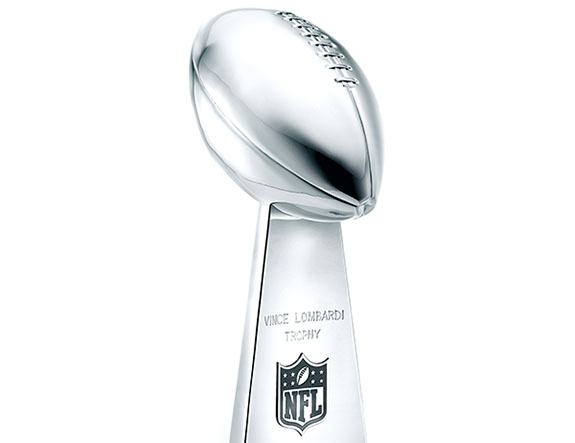 As one of the most recognizable and coveted awards in professional sports, the sterling silver Vince Lombardi Trophy stands 22 inches tall and weighs 7 pounds. The trophy has been awarded annually since 1967 and took on its official name in 1970 to honor the Green Bay Packer’s legendary football coach, who led his team to victory in the first two Super Bowls. 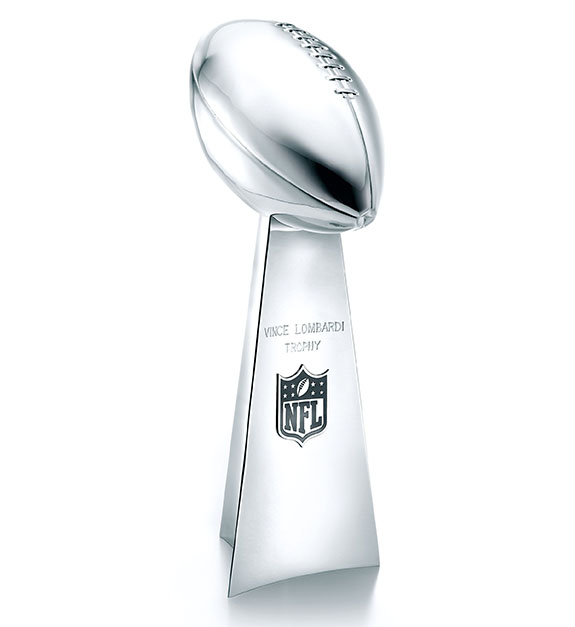 The trophy depicts a football in a kicking position on a tapered three-sided stand. The words “Vince Lombardi Trophy” along with the “LV” Roman numerals of this year’s Super Bowl are engraved on the piece. Also on the base is the emblem of the National Football League.

The trophy is awarded right after the big game, but it eventually makes its way back to Tiffany’s hollowware shop in Parsippany, N.J., to be engraved with the names of the participating teams, the date, location of the Super Bowl game and the game’s final score. The winning team gets to keep the trophy.

According to the official Pro Football Hall of Fame website, then-commissioner Pete Rozelle was tasked with coming up with a trophy for the first-ever AFL-NFL Championship Game, which would take place in January of 1967. Former NFL Executive Director Don Weiss, in his book The Making of the Super Bowl, said Rozelle wanted the trophy to be aligned with his vision of everything about the game being first class.

Rozelle contacted Tiffany & Co., which arranged a meeting with Riedener. Ironically, the designer was a native of Switzerland and knew nothing about American football. After the meeting with Rozelle, Reidener visited the New York headquarters of the famous toy store FAO Schwartz and bought a football. The next morning he put the ball on his kitchen table, opened a box of cornflakes and stared at the football while eating his breakfast.

Upon finishing his cornflakes, he used a pair of scissors to cut up the empty box, transforming it into a three-sided trophy base atop which the football could sit. At lunch a few of days later with Rozelle and a delegation from Tiffany’s, Riedener drew a sketch of his design on a cocktail napkin. Rozelle liked it and the rest is history.