‘Experts’ Dismissed It As a Fake, But This 1854 Gold Rush Coin Is Actually Worth Millions

A New England man recently received the stunning news that his 1854-S Half Eagle coin is not a counterfeit, as “experts” had told him, and is likely worth millions. It was authenticated as only the fourth known example of the $5 denomination coin struck at the San Francisco Mint in 1854 during the California Gold Rush. 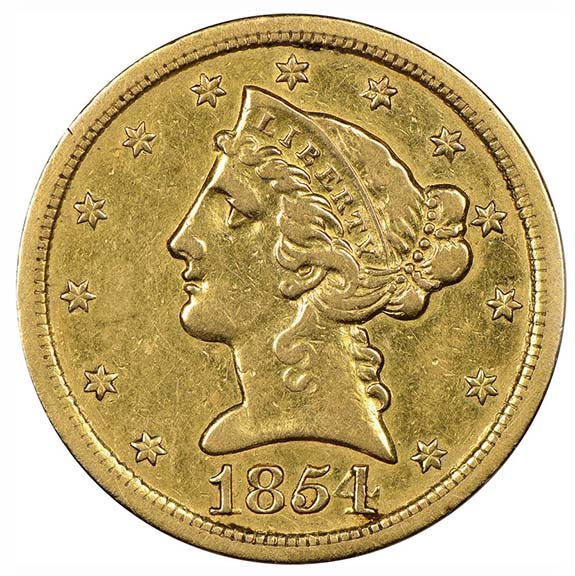 Slightly smaller than a quarter, the Half Eagle is historically rare because Mint records indicate that just 268 of them were struck in San Francisco in 1854, the first year of coin production. On the reverse, the “S” under the eagle stands for the San Francisco Mint. 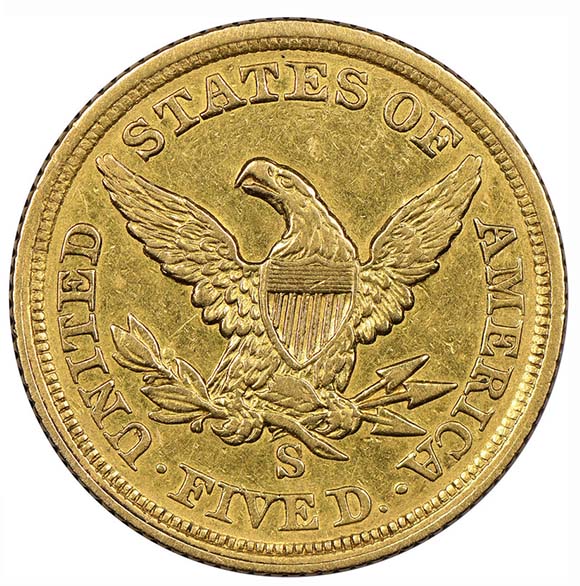 Out of the short run of 268 gold coins, only three were known to still exist. One of them is in the National Numismatic Collection at the Smithsonian Institution in Washington, D.C. A second is owned by a Texas family and a third had dropped off the radar when it was stolen from the DuPont family in Florida in 1967.

The Smithsonian provided high-resolution images of its coin to Numismatic Guaranty Corporation (NGC) to assist with authentication of the one owned by the New England man, according to NGC chairman Mark Salzberg. 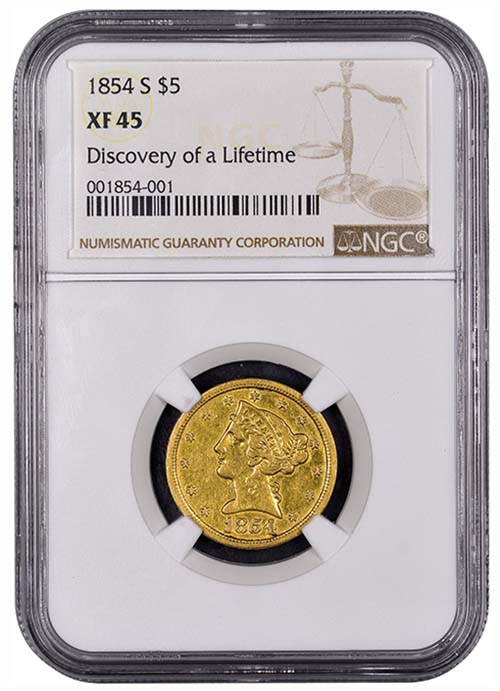 A careful examination of the newly discovered specimen ruled out the possibility that it was the stolen coin connected to the DuPont family, and just as importantly, it was deemed to be genuine.

“It’s like finding an original Picasso at a garage sale,” noted Salzburg. “It’s the discovery of a lifetime.”

The New England man, who wishes to remain anonymous, had shown the coin to collectors and dealers at a recent coin show. Each of the so-called “experts” dismissed his coin as a counterfeit because they knew that there were only three surviving 1854 San Francisco Mint $5 gold pieces known to exist.

“Our initial reaction on examining the coin was utter disbelief that a rarity of this magnitude could still be discovered in this era,” said NGC president Rick Montgomery. “But upon seeing the coin in person for the first time, it was apparent that the coin is genuine.”

Salzburg said that the New England man was “stunned” when he learned that his $5 gold piece was, indeed, a genuine, 164-year-old, multi-million-dollar coin.

Newsweek.com reported that the owner is looking to put the coin up for auction. A San Francisco-based coin dealer told the San Francisco Chronicle that the coin would likely fetch between $3 million and $4 million.